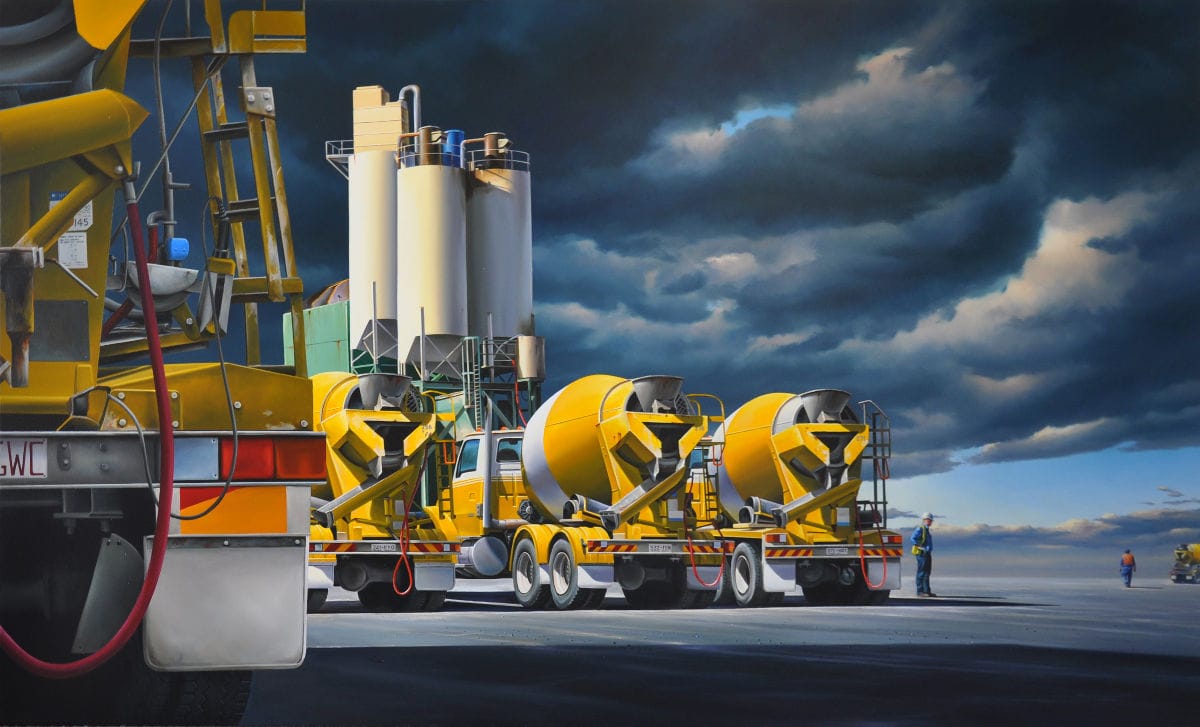 With the cadence of poetry, Peter Smets persuades us that the contemporary world of industry and technology holds infinite resources of undiscovered beauty. He plays the role of a reporter or detached observer of human endeavours. Considering his subjects very carefully, significant observed facts are lifted out of context and presented as aesthetic phenomena. In paintings of astounding realism where the brushwork is hardly evident, we sense the physical materials of time and place. Far from a mere imitation of optical facts, Smets uses accuracy to convey meanings beyond what we see.

For Smets, objects also function as symbols. Stripped of all but the essential qualities of size, shape and simulated texture, they assume a curious perfection and an extraordinary psychological presence. The mood of each painting is facilitated by the geometric purity of his composition - the selection and location of details are crucially important. Smets gives us representational forms in naturalistic space but his pictures are organised so that the main masses and directions are related to each other with remarkable precision. Every element has been measured, weighed and balanced. We witness a perfect reconciliation of visual forces.

The individual objects depicted in the paintings have originally been sourced from various construction sites or chance roadside encounters and then carefully recomposed in the studio to promote a sense of narrative intrigue. Smets' brooding, seemingly portentous skies are wholly imaginative, designed to lend atmospheric accent while directing the eye towards some focal point. Dominating the foreground in several works, mundane functional objects have been elevated to "iconic status" through their incongruously massive size. The figures, although tiny, have a psychological 'weight' that diverts attention, effectively counteracting the colossal size of the industrial forms. Despite the depiction of strenuous activity, all movement is frozen and a curious hush suffuses the scenes. Smets wants us to respond to the paradox.

Apart from the remarkable realism and its presentient undertones, the key to our fascination with Smets' paintings resides in the genius of his pictorial organisation. It is not so much the actual objects that matter most, but their placement and the way light reveals them; Smets composes with light and shadow as readily as space and form. It streams from undisclosed sources and is manipulated for dramatic effect. He also generates emotional response through the skillful use of perspective. Illusions of deep space on a flat surface are created through diminishing size relationships and variances in colour intensity. We are, as it were, lifted from the foreground and guided to a more distant theatre.

Although Netherlands born and trained, Peter Smets has called the Gold Coast his home for over two decades. With great lucidity, the paintings portray his observations of the 'movement and progress' attending the city&;s propulsion into the 21st century. The sense of actual place is always ambiguous but we inevitably feel a familiarity. Cultural, environmental and economic interests are implicit and in Smets&; masterful hands, the prosaic becomes the totemic. He has transformed contemporary agencies and strivings for material advancement into images of distilled quietude. 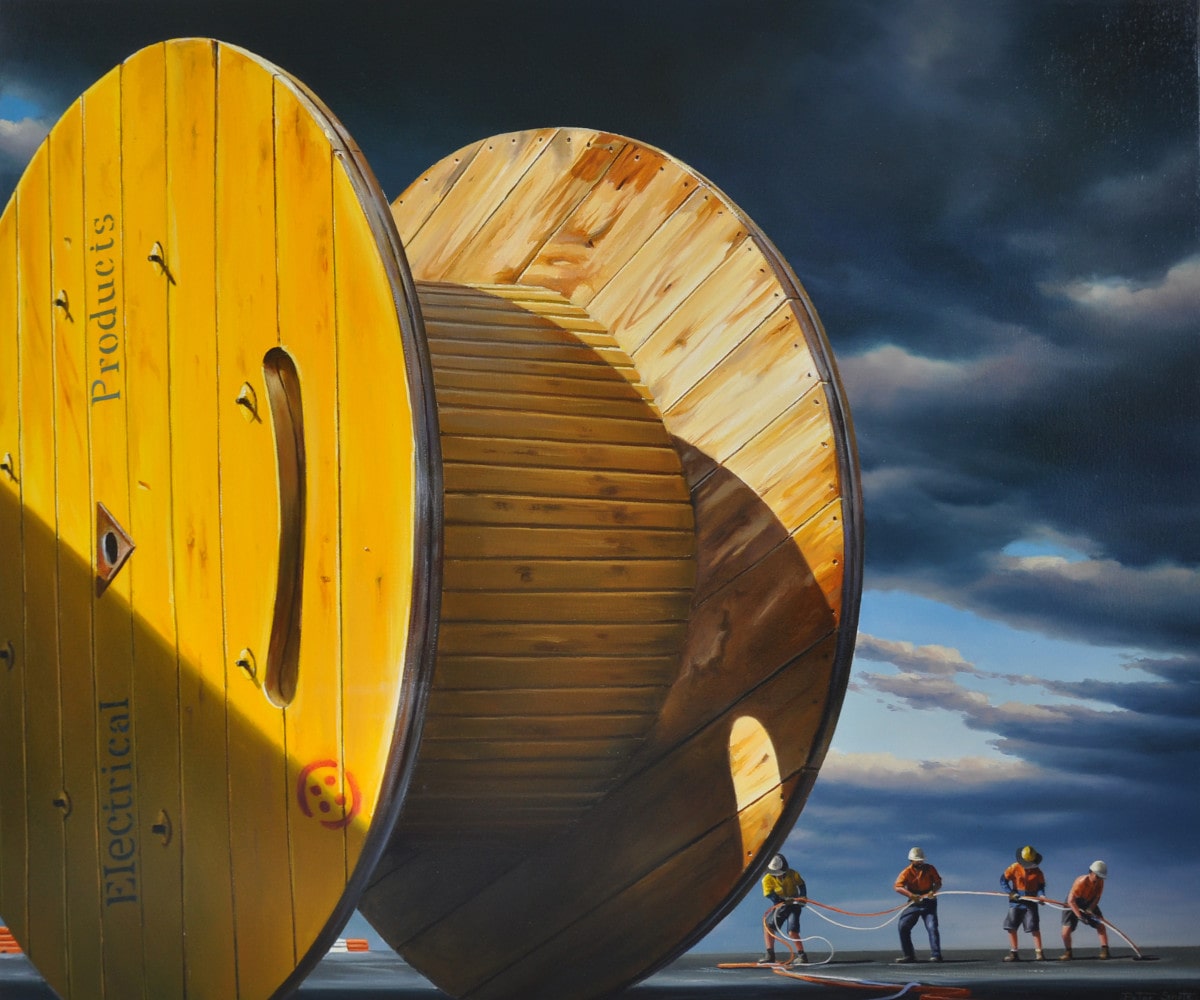 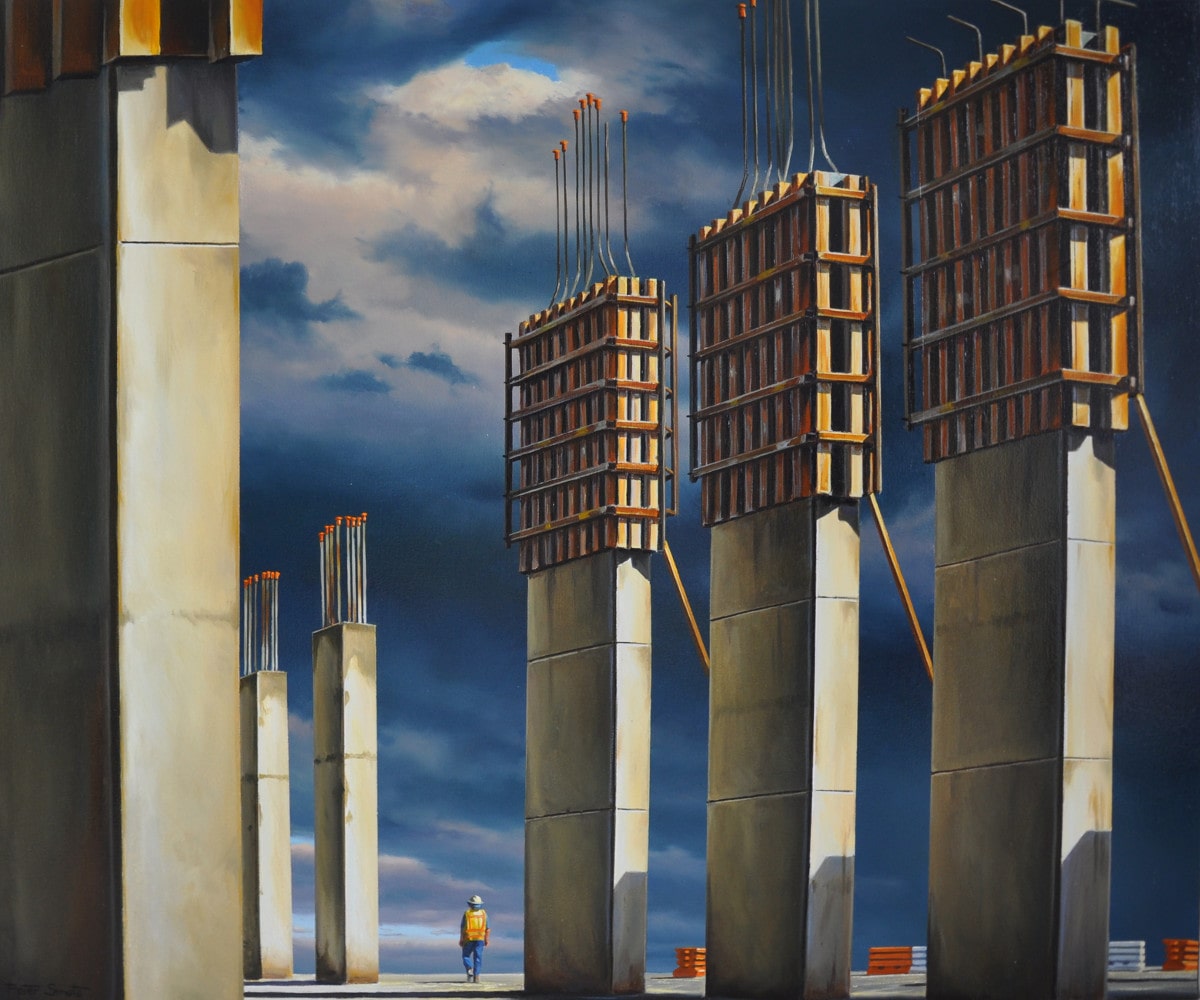 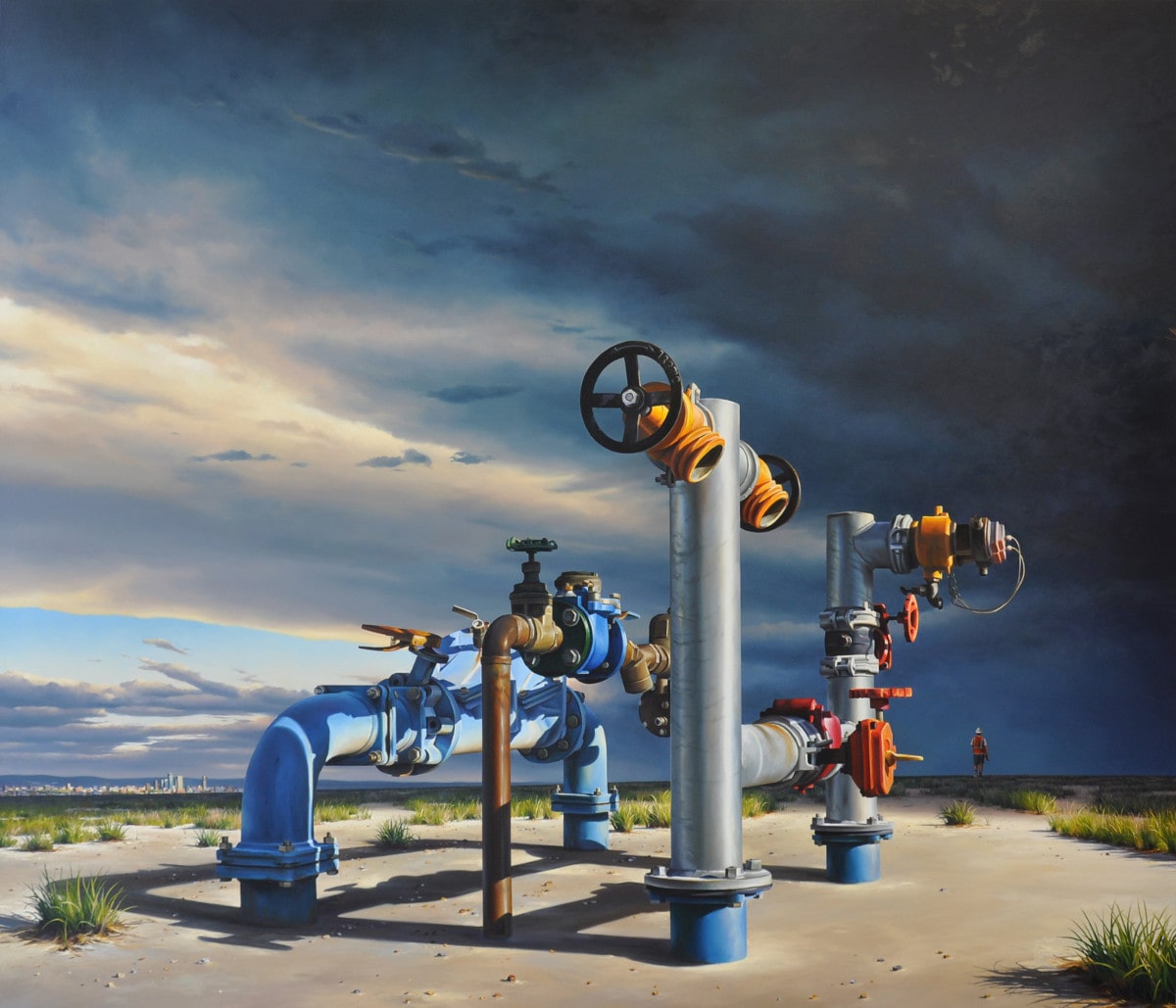 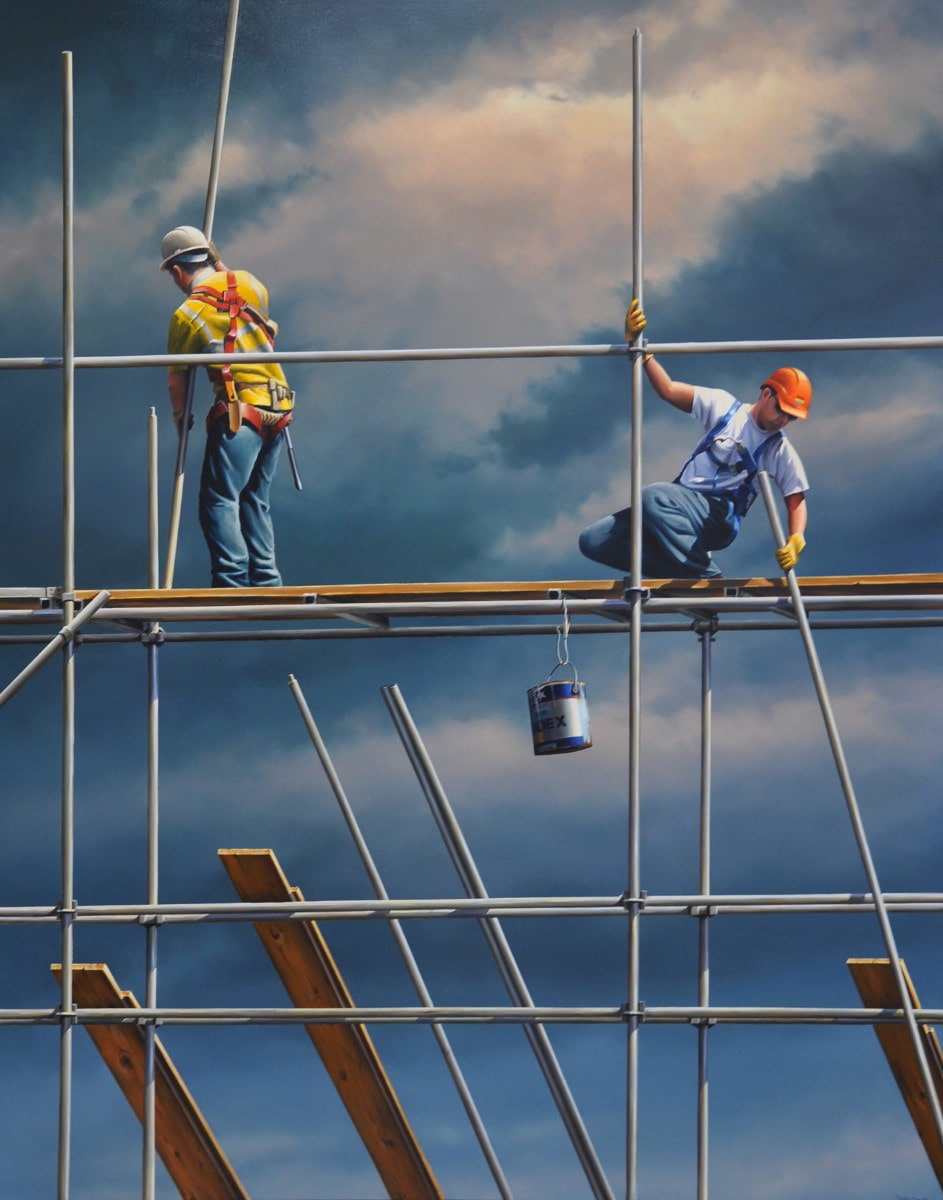 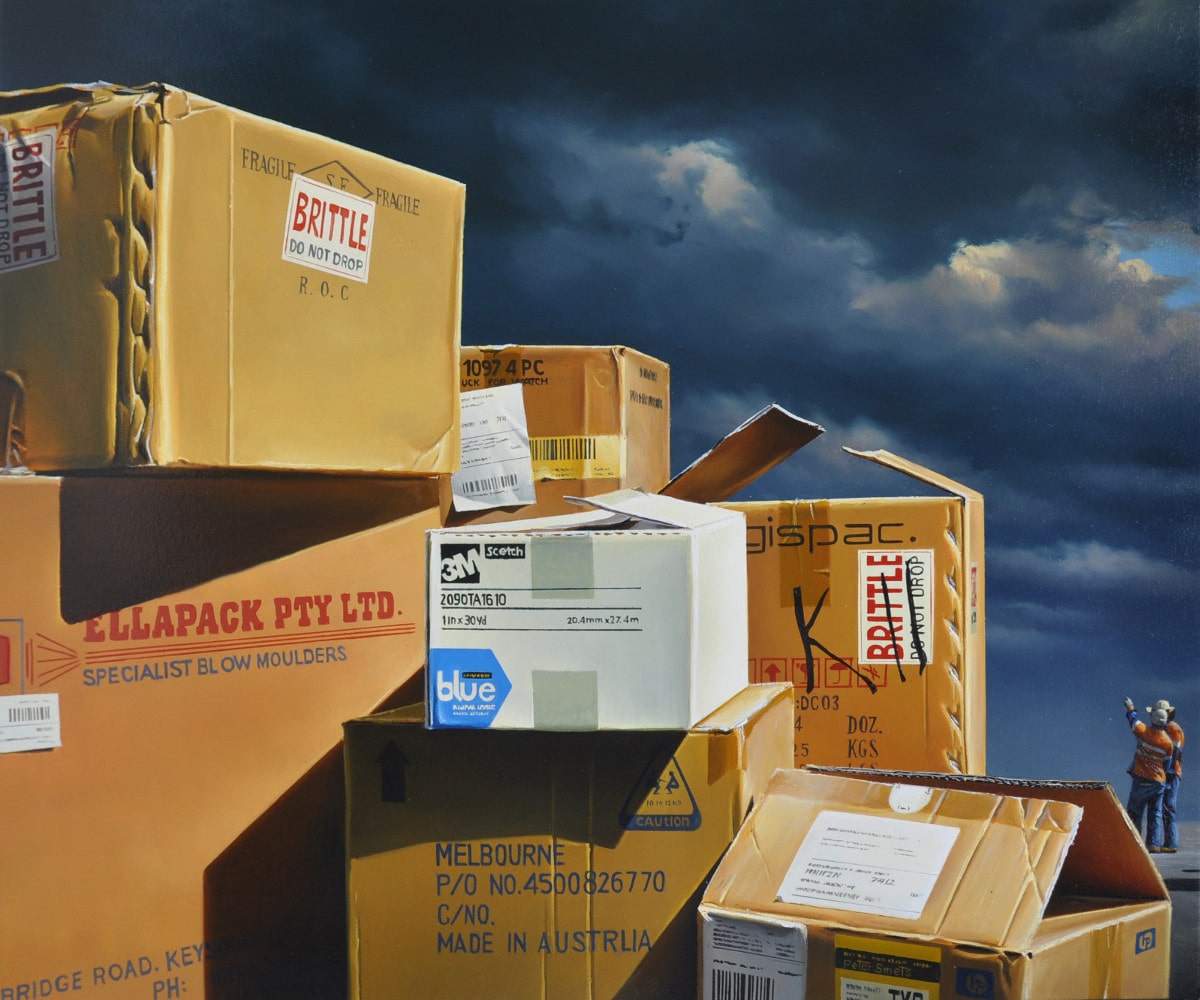 To be picked up 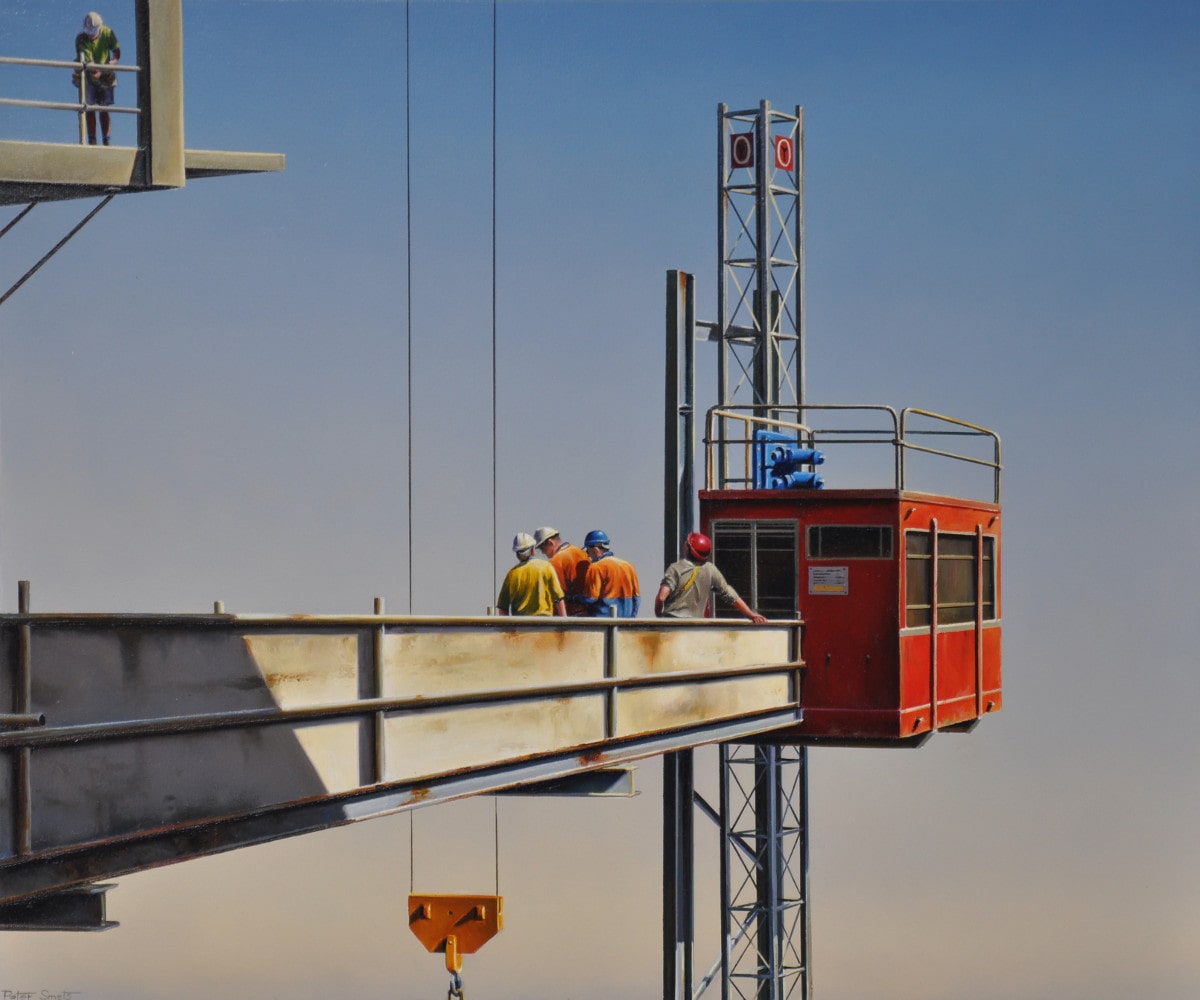 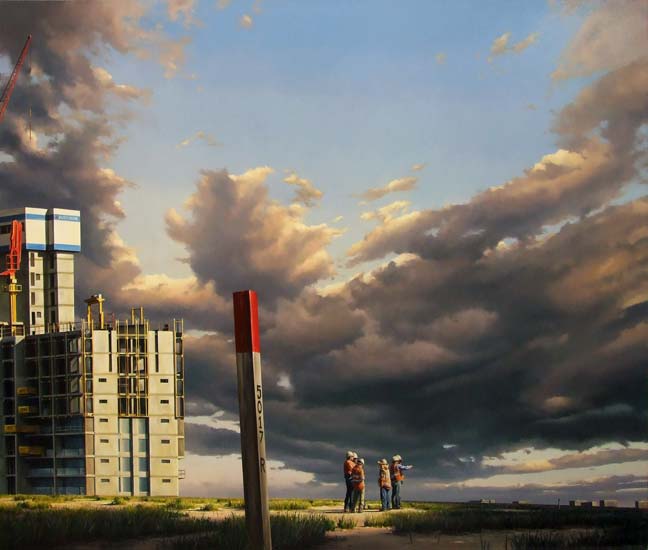 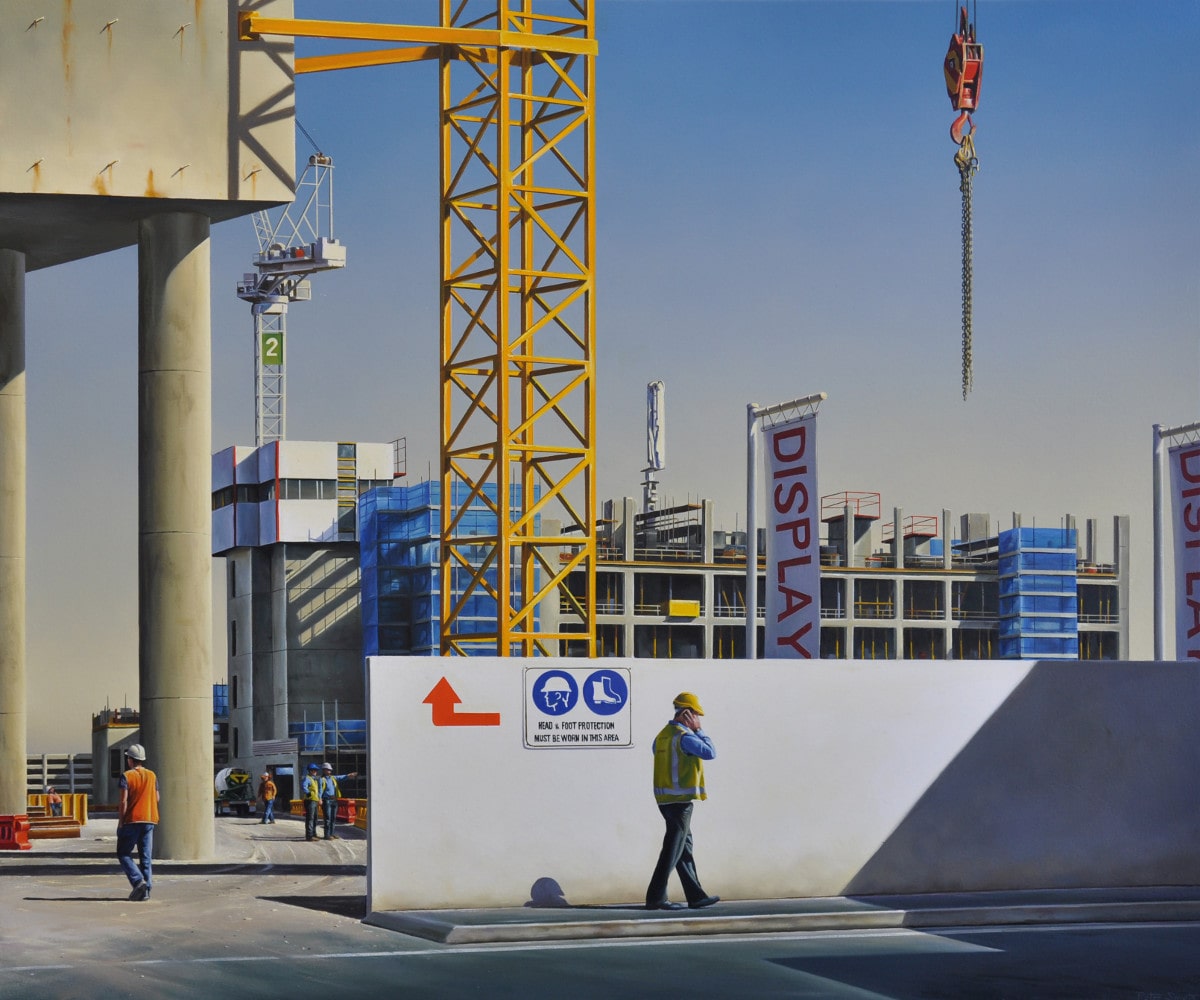 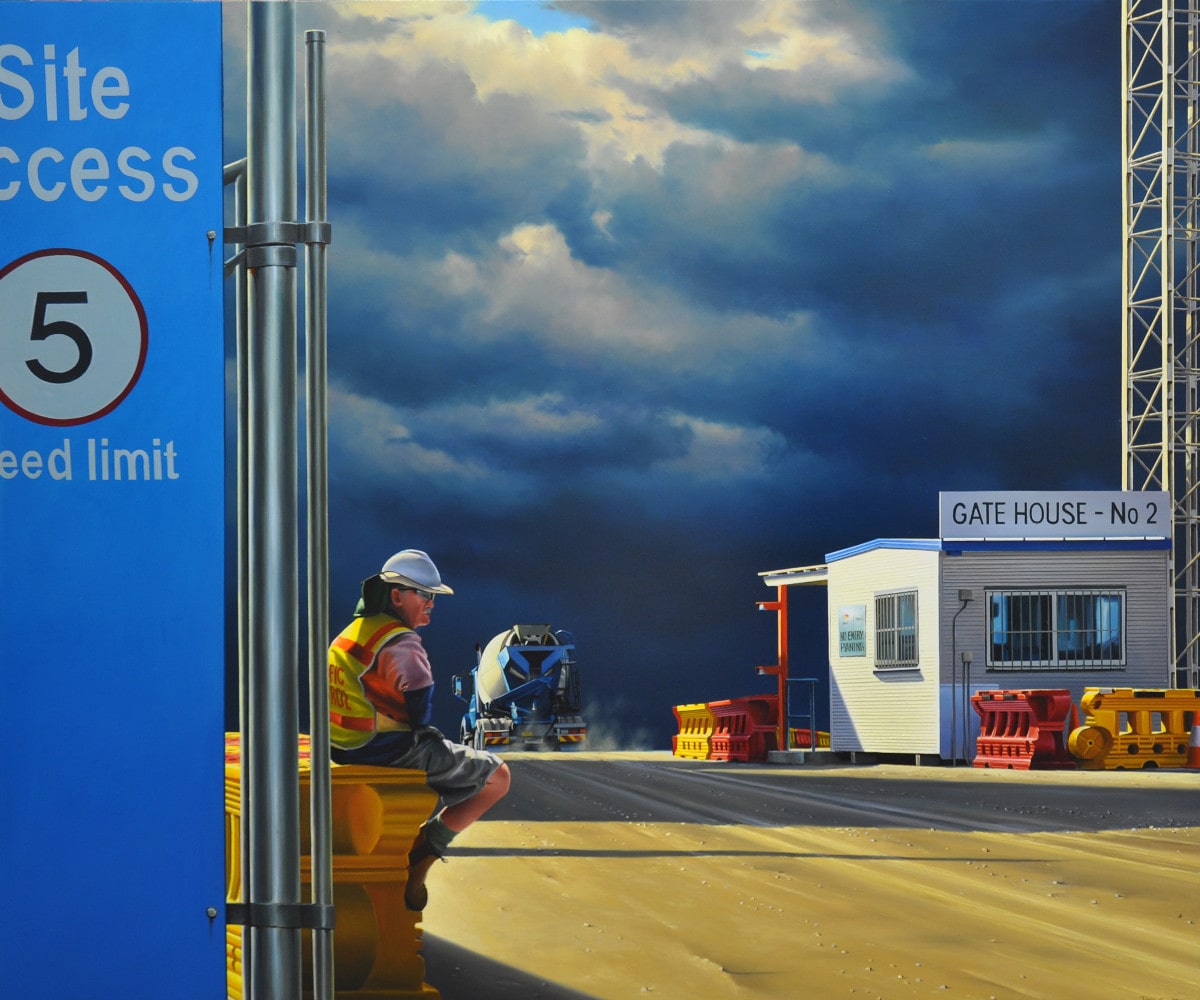