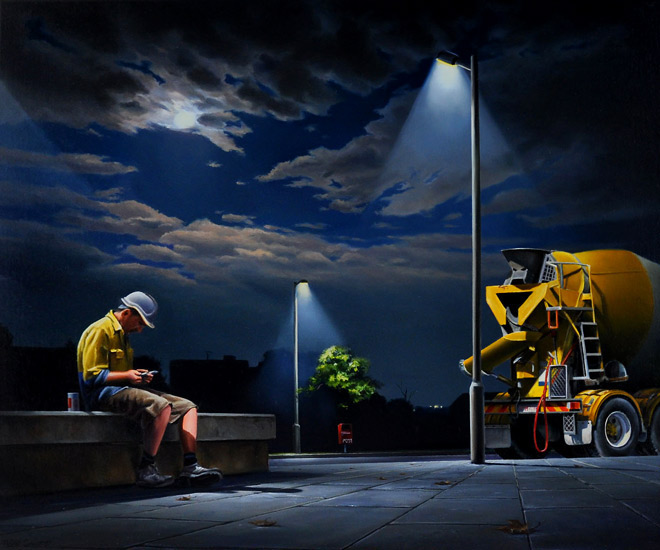 The descent of night finds most of us safely indoors oblivious to nocturnal activities in the darkness outside. For Peter Smets, night is a time of silvered, aesthetic potential. The everyday world looks very different under moonlight or when spot lit by street lamps. Illuminated shapes assume greater definition as extraneous background information recedes into the inky blackness beyond. Light variations greatly alter the visual appearance of landscape. With this in mind, Smets&; new body of work revisits the industrial and construction sites that now define his oeuvre. He tells of frequenting such places at night to gather reference material and how barking guard dogs and the harsh glare of security spotlights could sometimes make for an intimidating experience indeed.

Smets' resultant nightscapes depict thoroughly less alarming scenarios. A meditative quietude pervades. Mystery and a sense of dislocation reign as the familiar becomes altogether unfamiliar with the fading light of day. The way light falls on objects and the shadows cast by its absence are of prime importance to Smets. "Light is like blood running through the veins, it makes the work live. Without light a painting is dead," he declares.

With a keen and inventive eye, Smets paints a broader range of luminance than is usually visible. The extraordinary realism he achieves owes much to his powers of observation and his training at the Maastricht Art School in the Netherlands. It was there he learnt the techniques of the Renaissance artists who employed chiaroscuro to create the illusion of depth and volume on a two dimensional surface. Chiaroscuro is a combination of two Italian words chiaro (clear, light) and oscuro (obscure, dark). The paintings Red Spill and Yellow Spill demonstrate Smets' absolute mastery of this difficult technique. Spot lit from the side, the volumes of the paint tins are so convincing we feel we could lift them out of the canvas. It is through the dramatic illumination of his subjects that Smets also suggests mood and preternatural atmosphere.

The need for a work to tell a story is also important to Smets. Although his signature imagery references mankind&;s relentless pursuit of progress, he says he is not against development per se. "It's more a commentary on how we view the world, how the novel becomes the accepted norm in increasingly short spaces of time," he offers. "New technology is rendering old means of communication and construction obsolete." In certain works the ubiquitous red letterbox and the now redundant phone booth make a final glimmering as massive trucks hurtle towards the New Frontier, or halt momentarily while a driver is Touching Base in the lonely night. Another painting titled Snail Mail portrays an old man who shuffles into his own halting future. He and the post box have had their day. Smets&; narratives are never overt but have a restrained subtlety that allows the viewer's imagination to invest the picture.

A consummate technician, every shape, line and colour that Smets employs has been strategically positioned to produce specific visual responses and compositional fulfillment. Smets' palette is essentially one of primary colours. The predominantly cool, blue tones connote the solitude of the chill evening air, while the judicious use of yellow and red lend a contrasting vibrancy and warmth to the pictures. The diagonals of the triangular shafts of light lead the eye both up into the immense eternity of the night sky and down to the low horizon line. In the comparatively narrow foreground mankind is busily at work, ‘24/7&;, to secure his brief tenure of the land. Smets has transformed the motifs of technology and progress into a visual poetry that shines a spotlight on our devoutly materialistic age. 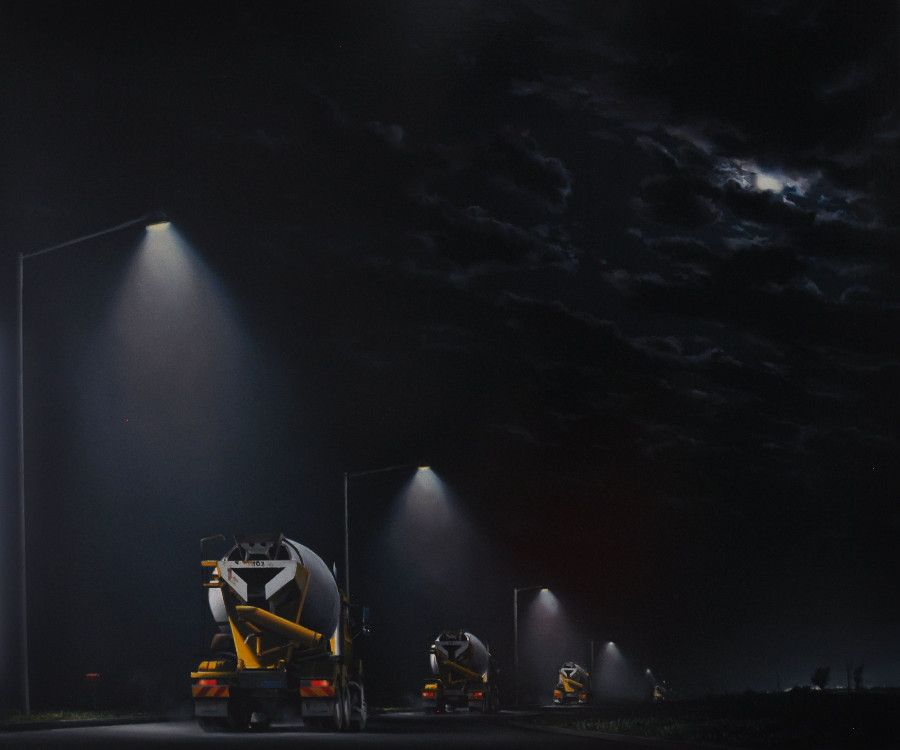 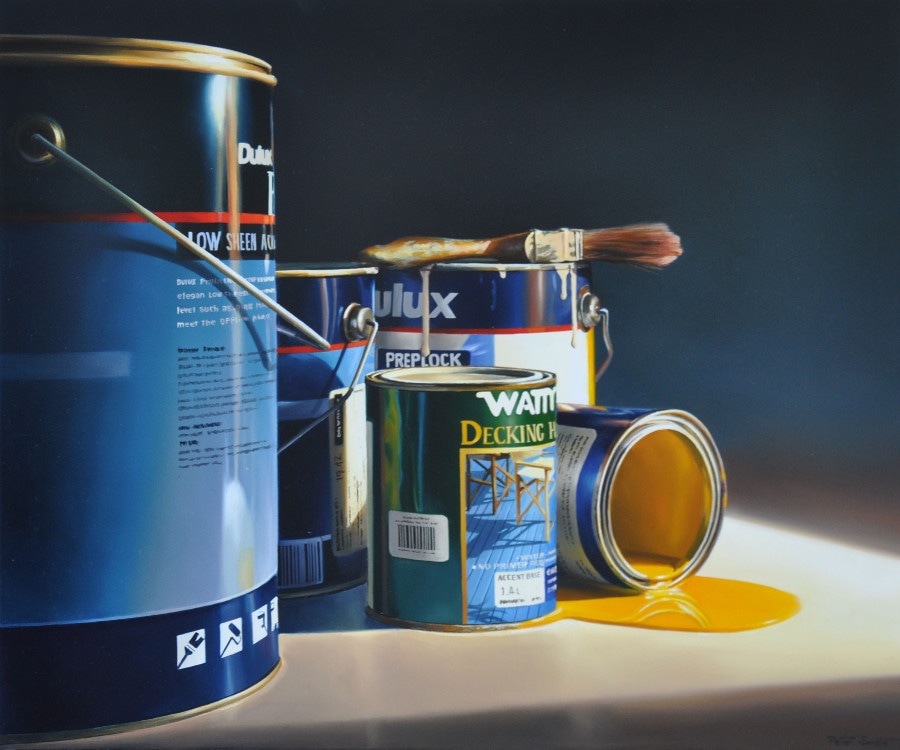 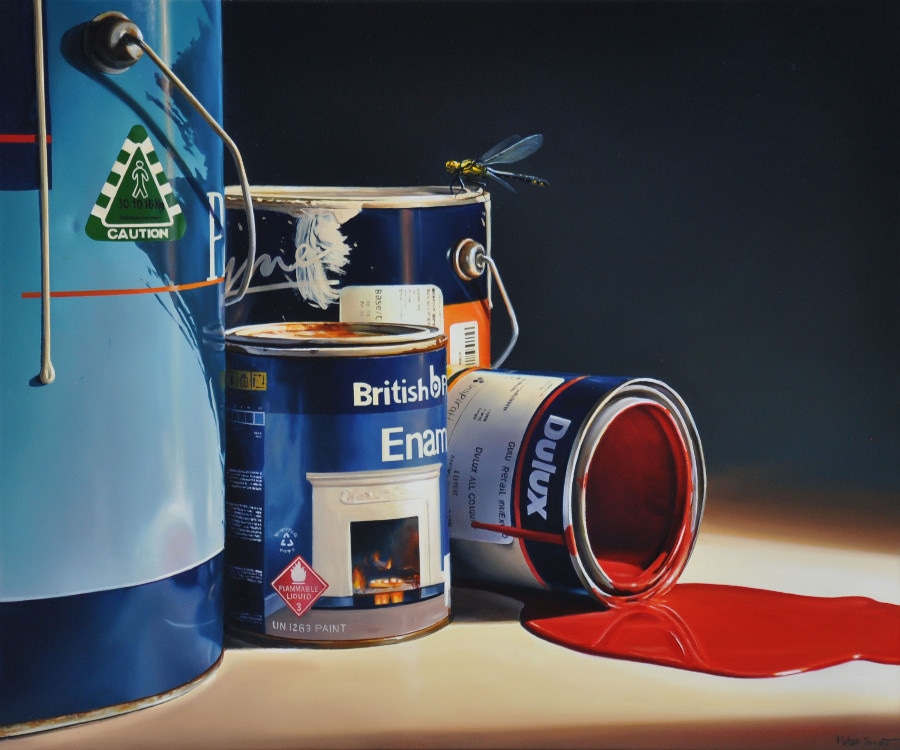 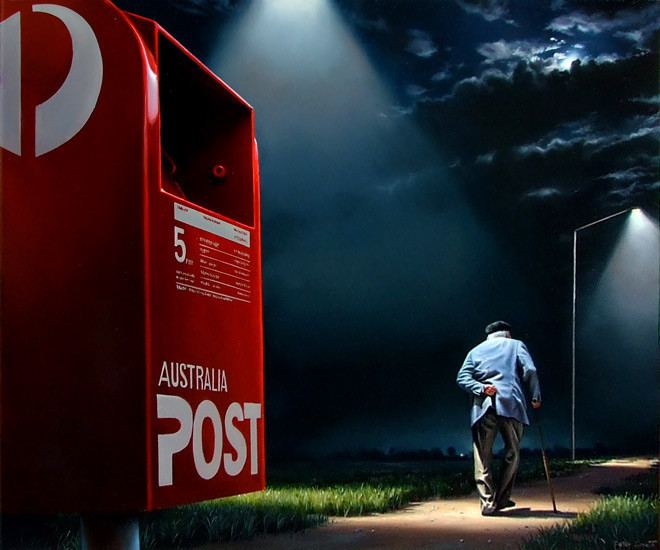 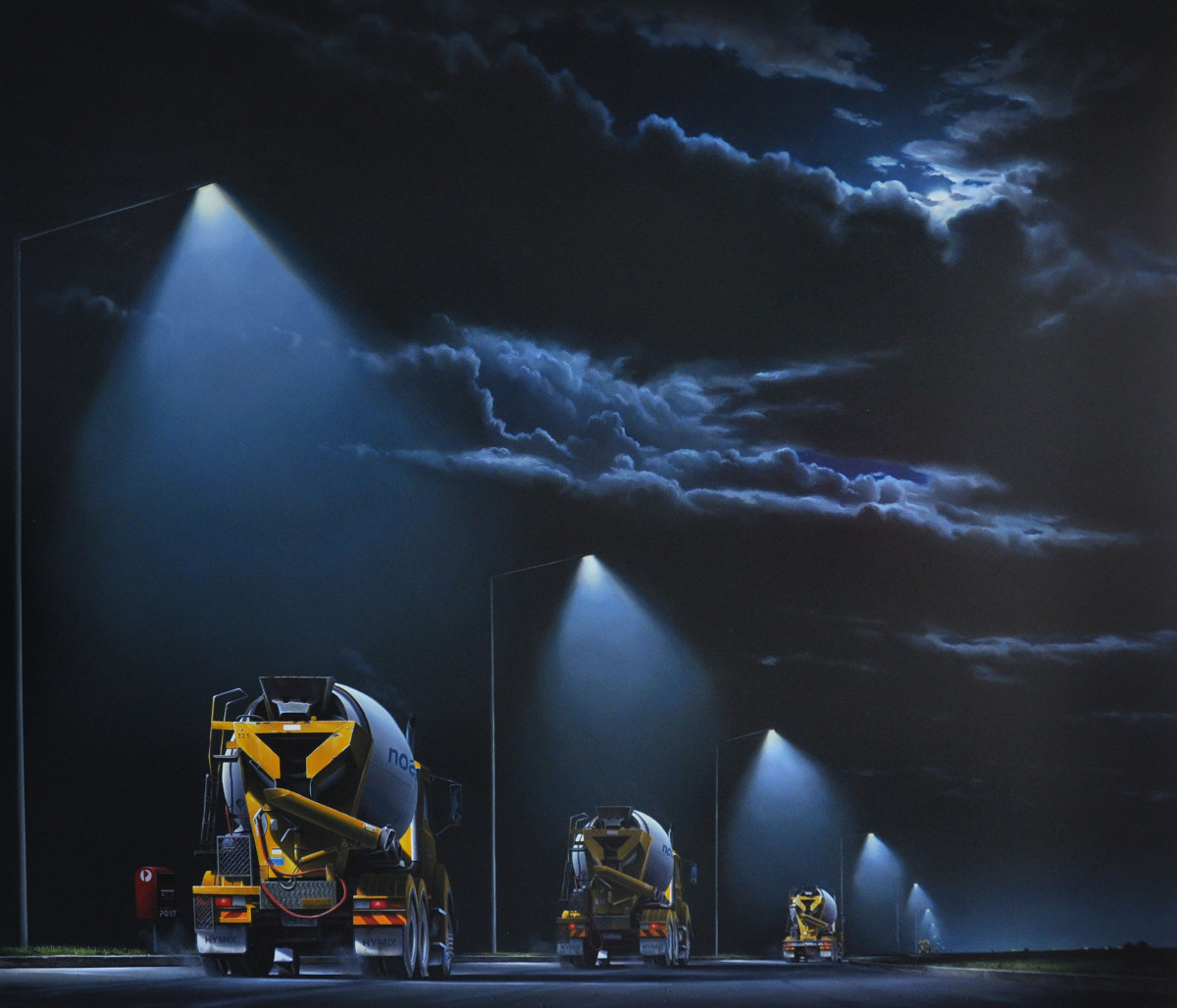 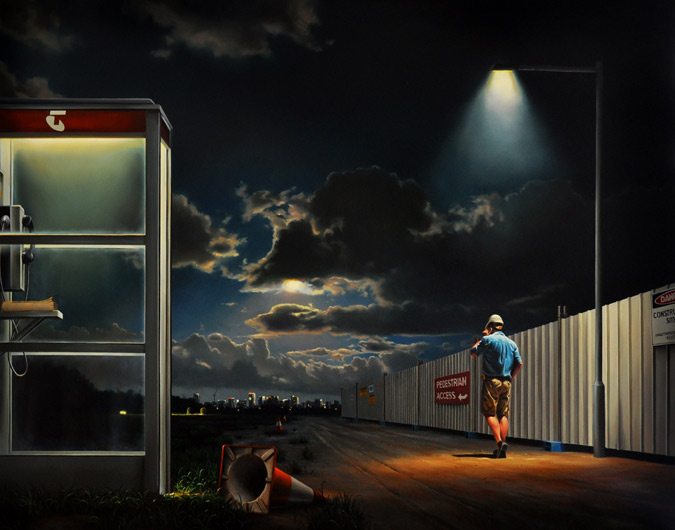 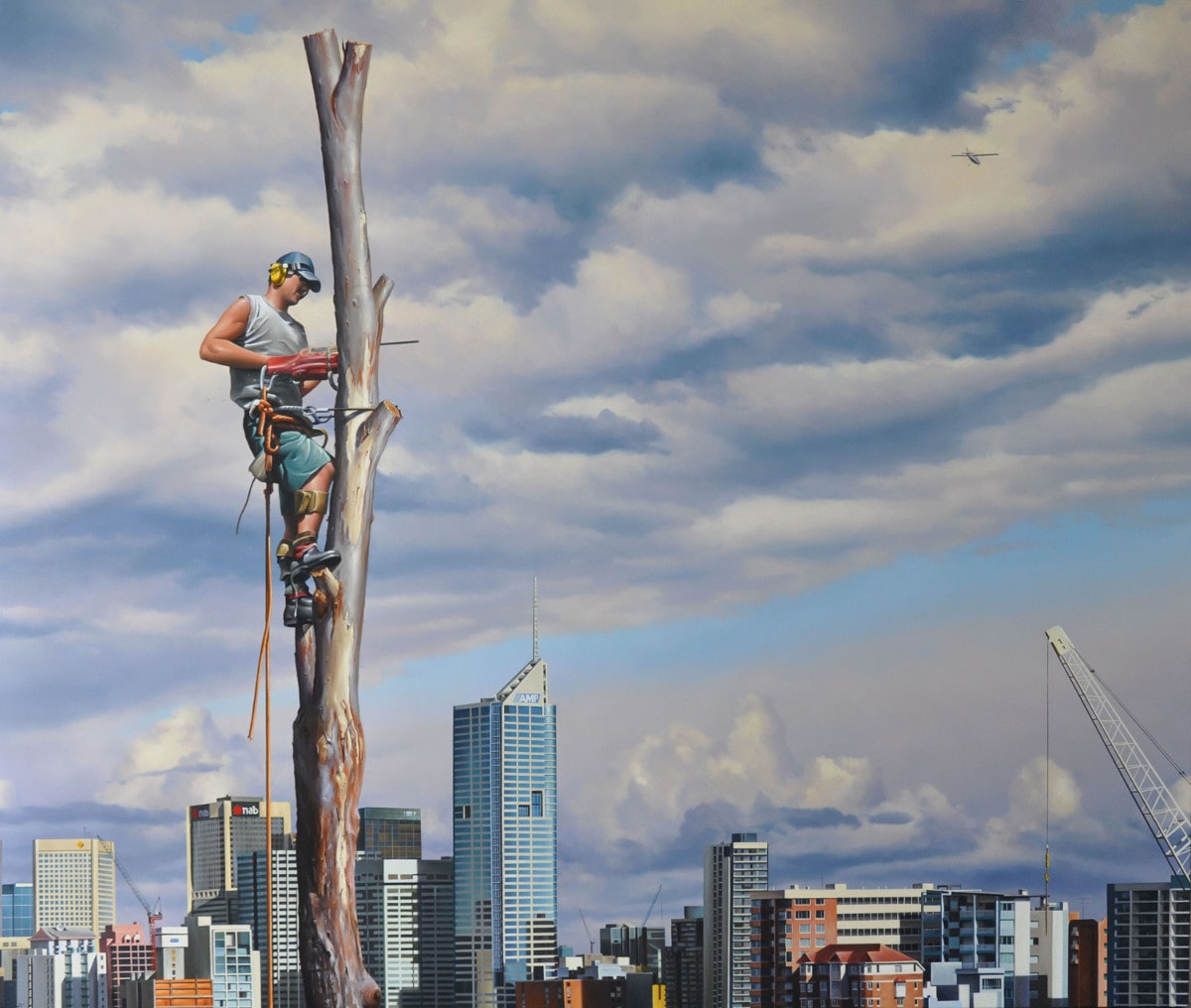 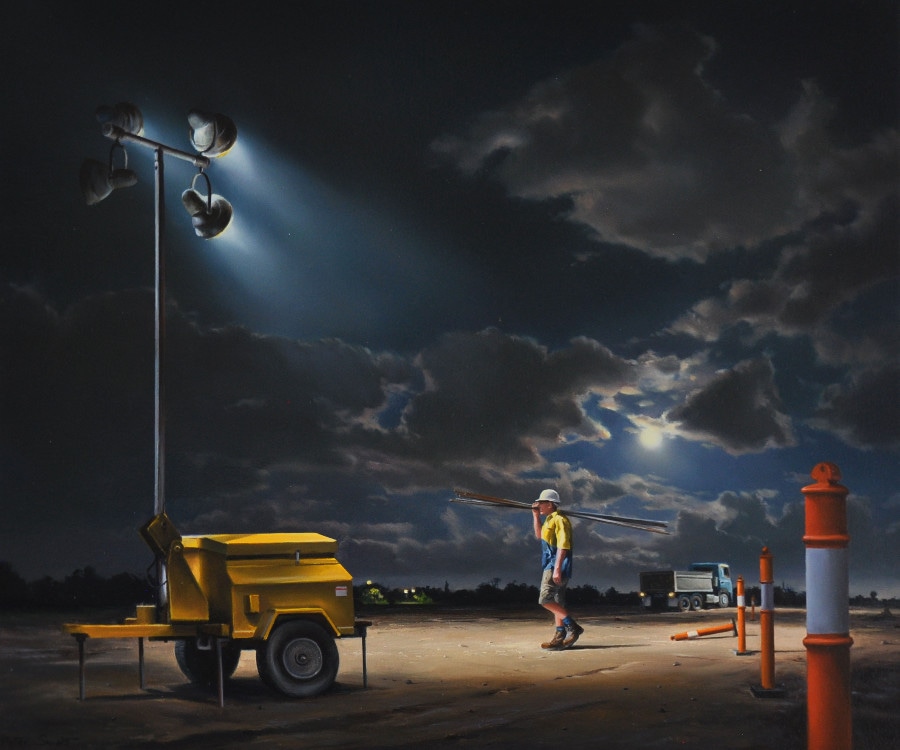 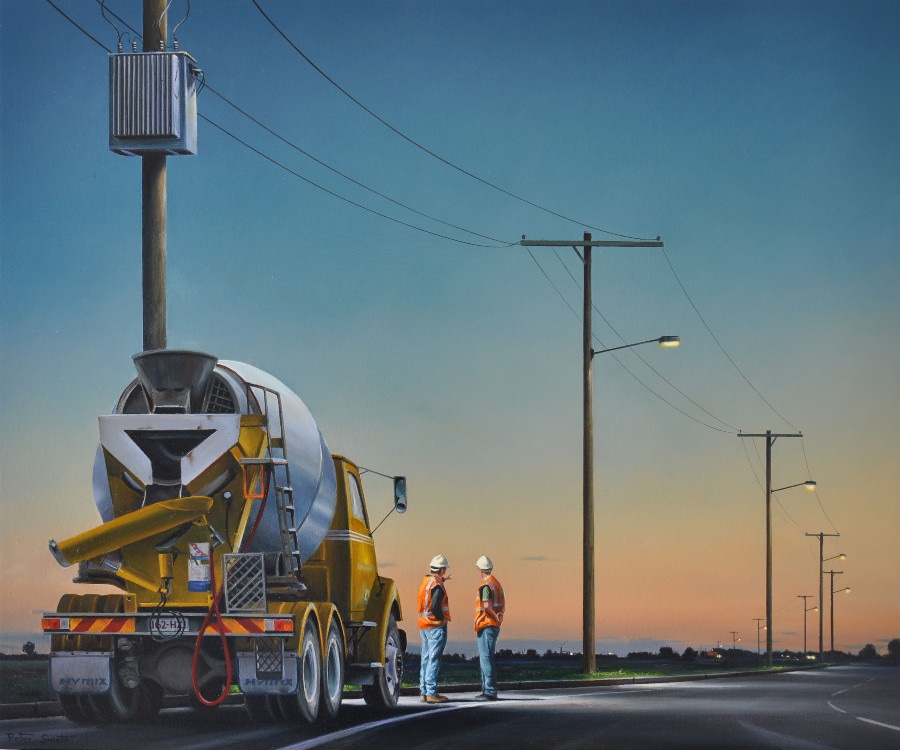 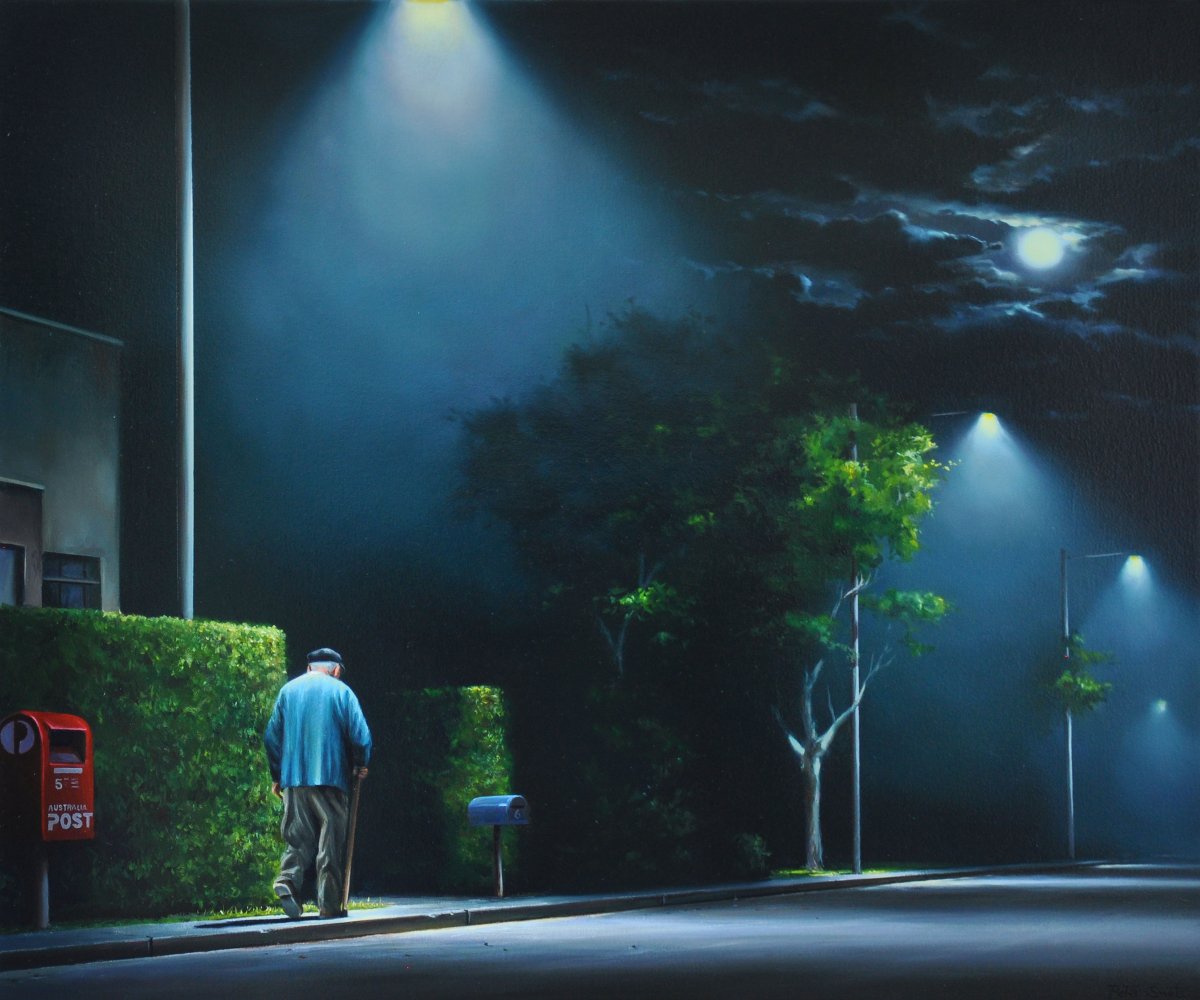 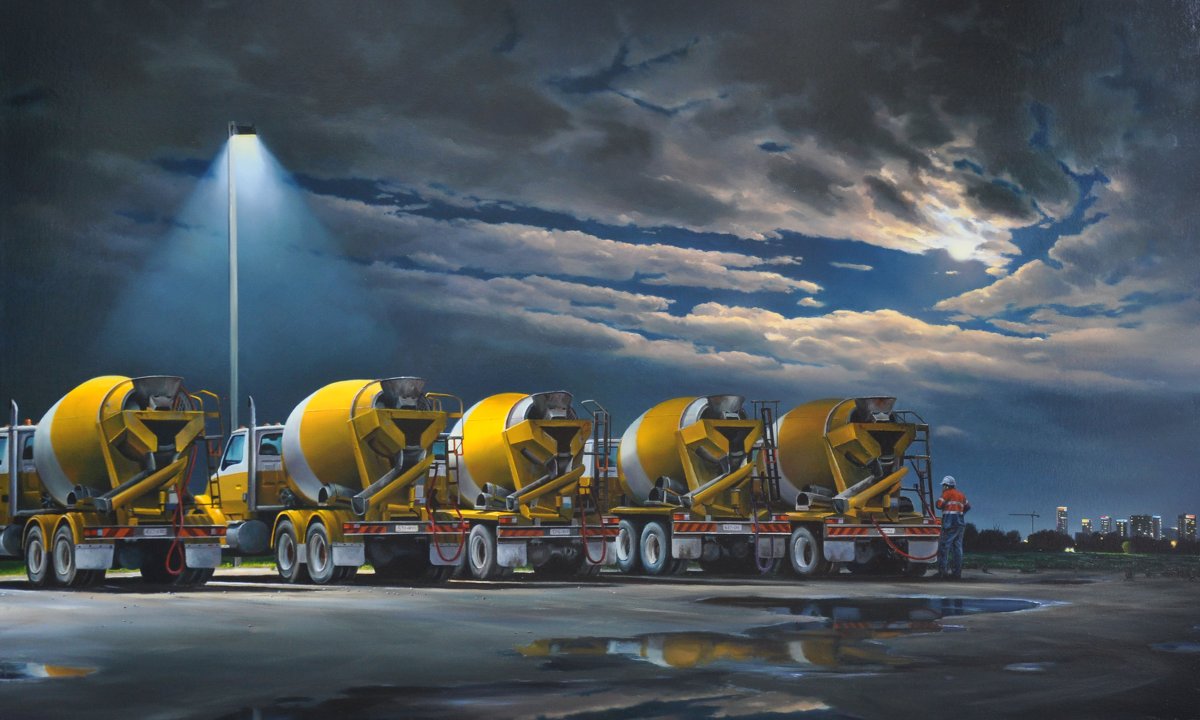 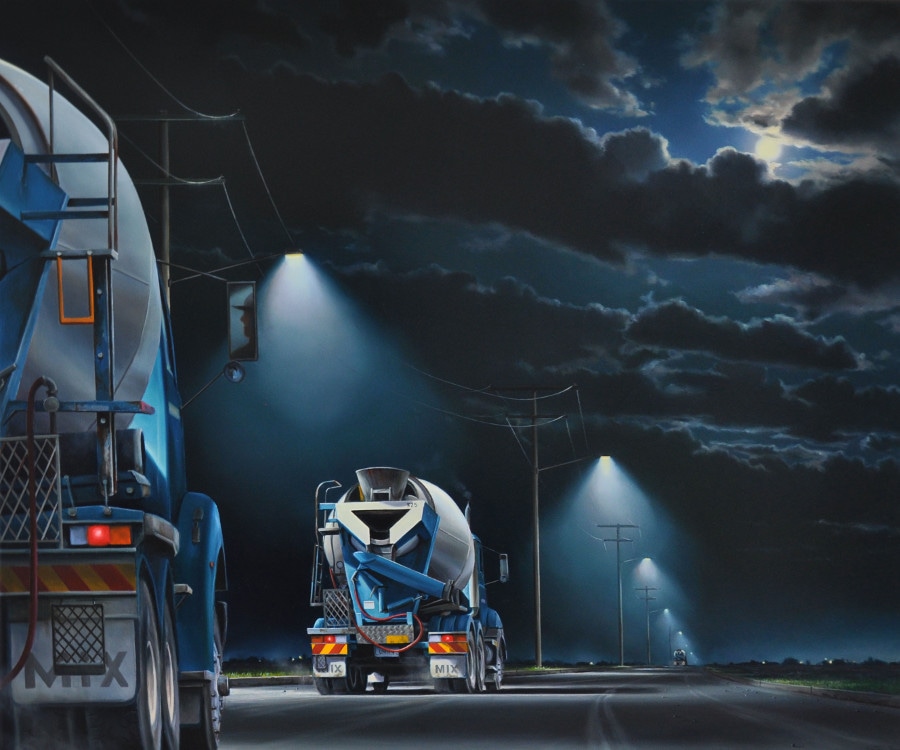 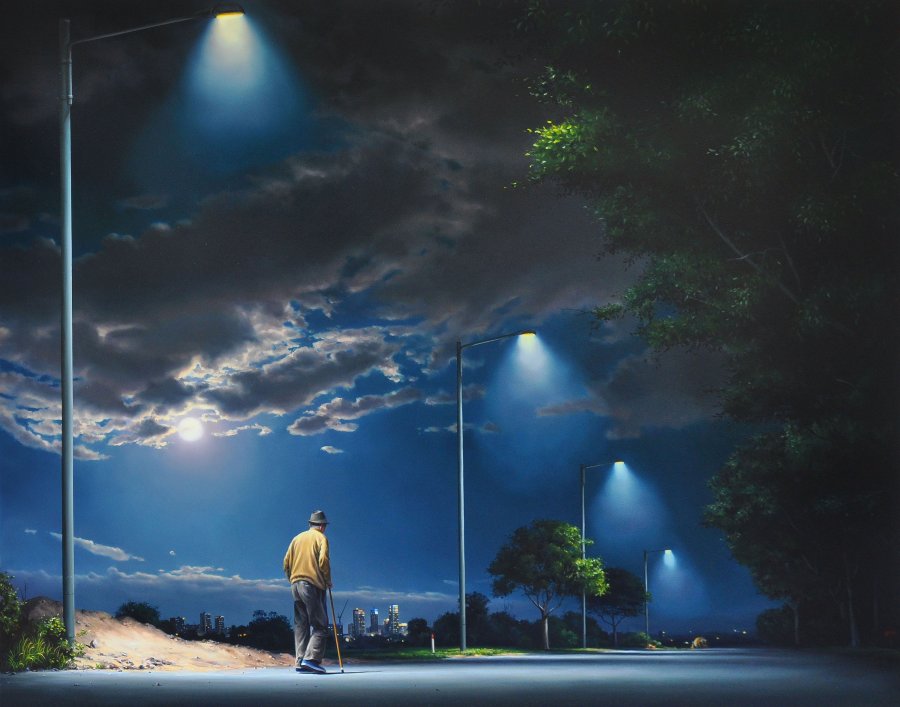 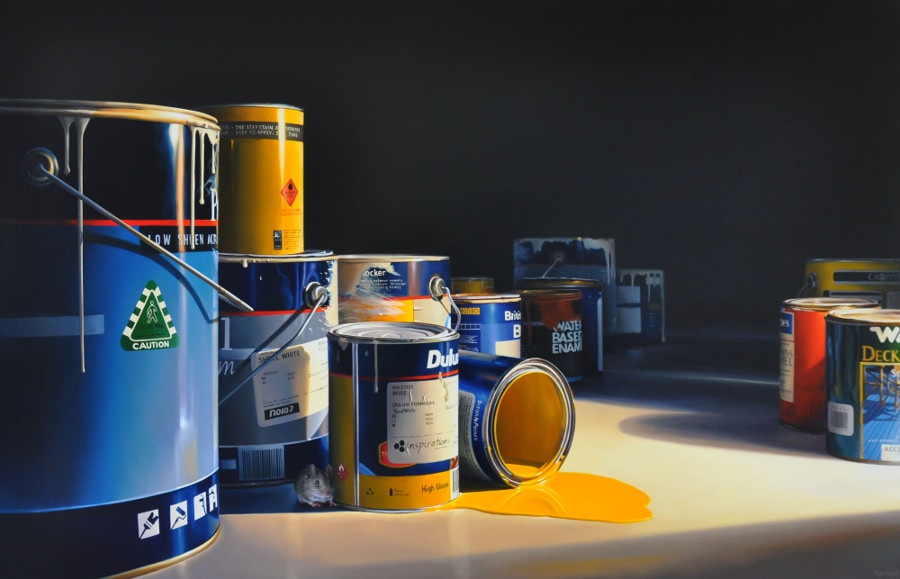 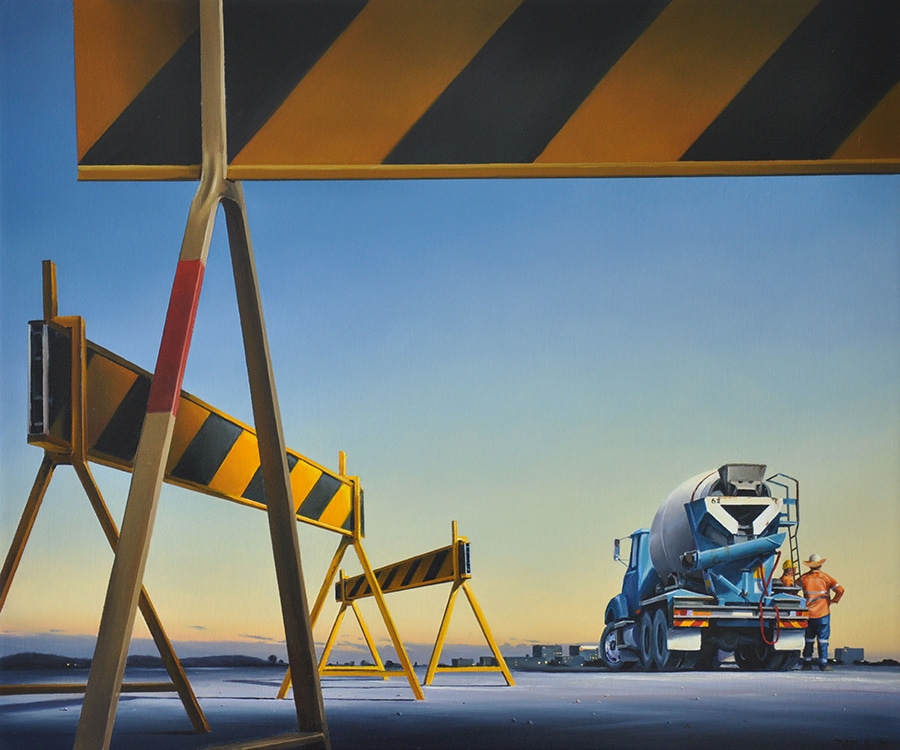